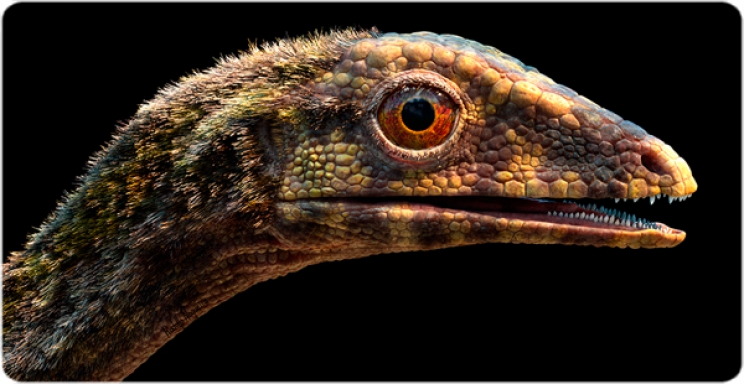 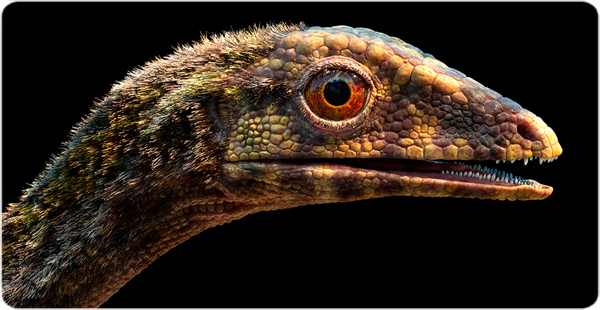 A new Nature study reveals that lagerpetids —an ancient group of small reptiles that lived about 237-210 million years ago— are more closely related to pterosaurs (flying reptiles) than any other known group in the animal kingdom. The recent discovery of lagerpetid skull, mandible and forelimb remains from America and Madagascar fills in a critical gap in the fossil record between pterosaurs and other reptiles. The brains and inner ears of pterosaurs and lagerpetids are similar, suggesting that some of the specialization in pterosaur sensory systems evolved prior to flight.

The origin and early evolution of pterosaurs —flying reptiles that occupied the skies for around 150 million years during the dinosaurs age— has been a topic of great scientific interest since the discovery of the first fossils of the group in the second half of the 1700s. However, pterosaurs appear in the fossil record already fully adapted for flight, making them very different from any other known group of reptiles. More recently, pterosaurs have been generally understood as closely related to dinosaurs within the larger group Archosauria (living crocodilians and birds, and their extinct relatives), but this was not universally accepted. Furthermore, their origin and how they evolved powered flight have remained a mystery. Thus, the origin of pterosaurs and identification of their closest relatives has remained one of the major enigmas of paleontology during the last 200 years.

In a recent paper published in Nature, an international research team introduces strong evidence that the closest relatives of pterosaurs are a poorly known group of ‘dinosaur precursors’ named lagerpetids, which lived across the ancient supercontinent Pangea during the Triassic Period, from around 237 to 210 million years ago. Previously known mostly from hip and hindlimb bones, newly discovered skull and forelimb remains help tie their skeletal features to those of early pterosaurs. Furthermore, micro computed tomography scanning has allowed reconstruction of their brains and sensory systems within the skull revealing that they also match well to those of pterosaurs.The brains and inner ears of pterosaurs and lagerpetids are similar, suggesting that some of the specialization in pterosaur sensory systems evolved prior to flight. This anatomy suggests that lagerpetids had a good sense of equilibrium, indicating they were likely agile animals. 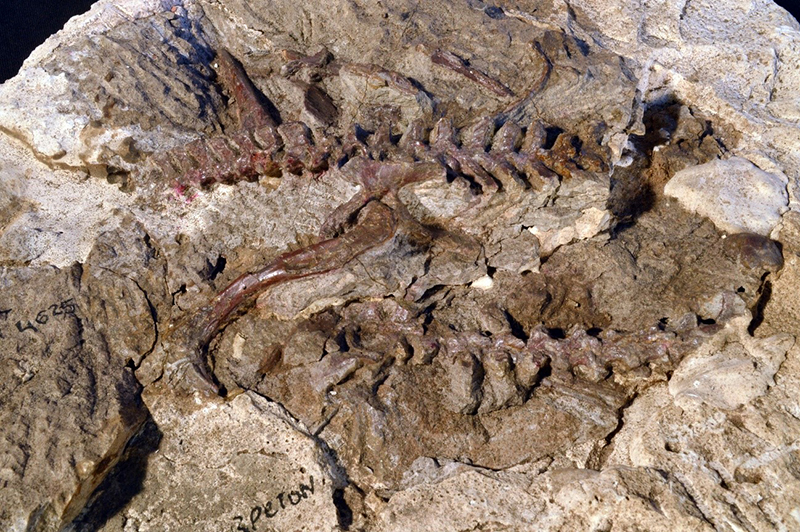 “This study is a result of an international effort applying both traditional and cutting-edge techniques. This is an example of how modern science can shed light on long standing questions that haunted paleontologists during more than a century”, says the leading author Martín D. Ezcurra (CONICET-Museo Argentino de Ciencias Naturales “Bernardino Rivadavia”). The evolutionary relationships described in the paper create a new paradigm for understanding the origin of pterosaurs, providing a completely new framework for the study of the origin of these animals and their flight capabilities. For example, while lagerpetids establish the ancestral condition for pterosaur origins, they are still lacking some of the key characteristics of pterosaurs, including the most outstanding of those: wings. In the absence of information on lagerpetid anatomy, very fast evolution was required to explain the origin of pterosaurs. The analyses show that placing lagerpetids as pterosaur precursors implies that pterosaurs did not evolve any faster than other major reptile groups in acquiring their unusual body plan.

Two models have been proposed for pterosaurs early evolution: they originated at the beginning of the Triassic or even in the Permian (over 250 million years ago) and had a long evolutionary history without leaving any fossil record (the 'Ice Berg' Model) or they originated close to their appearance in the fossil record and rapidly spread and differentiated (the 'Big Bang' Model). “The close relationships with lagerpetids support the 'Big Bang' Model", states the pterosaur specialist Fabio M. Dalla Vecchia (Dinosaur Ecosystems Research Group, Institut Català de Paleontologia Miquel Crusafont).

Lagerpetids appeared in the fossil record about 237 million years ago, when the continents were coalesced into a single landmass named Pangea. During the Triassic, the world was much hotter, with very high levels of CO2 in the atmosphere (4-8 times current levels) and no polar ice caps. Most of the known lagerpetids species a relatively small (10 cm to 1 m long, and about 0.5-5 kg). Some lagerpetids had specialized peg-like and tricuspid teeth probably to prey upon insects. Their manual claw anatomy indicates that lagerpetids used their forelimbs for behaviours other than strict ground-dwelling locomotion (like climbing, grasping, and/or acquiring prey), contrasting with obligate quadruped animals.

Main image: Life reconstruction of the lagerpetid Ixalerpeton from the Triassic (ca. 233 million years ago) of southern Brazil. (Rodolfo Nogueira)

More in this category: « Earliest example of a rapid-fire tongue found in rare extinct amphibians preserved in amber Tell me what you eat and I’ll tell you where you live »
back to top