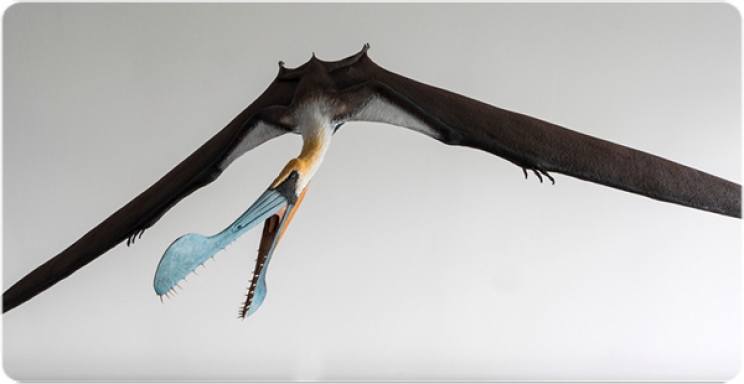 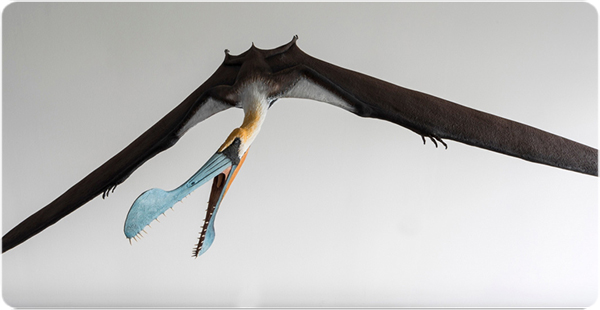 Pterosaurs appeared about 70 million years before the first birds and were the first vertebrates to acquire the ability of powered flight. Largest pterosaurs achieved more than 10 meters of wingspan have been described, being the largest animals in the history of life on Earth that have ever taken the sky. One of the keys that allowed these giant animals to fly was the presence of pneumatic bones –air-filled elements– in the postcranial skeleton.

Birds are the only one living lineage of animals with pneumaticity in the postcranial skeleton. This is the result of the expansion of their complex breathing system, bearing lung extensions that pierce the bones, known as pneumatic diverticula. But since pterosaurs are a totally extinct group, it is difficult to understand how their breathing system was really like, as soft tissues seldom fossilize. For this reason, the researchers used high-resolution computed tomography (micro-CT) to analyze a series of eight vertebrae, mostly from the neck, of a large anhanguerid pterosaur, allowing visualization of the vertebral inner cavities without damaging the fragile fossils. 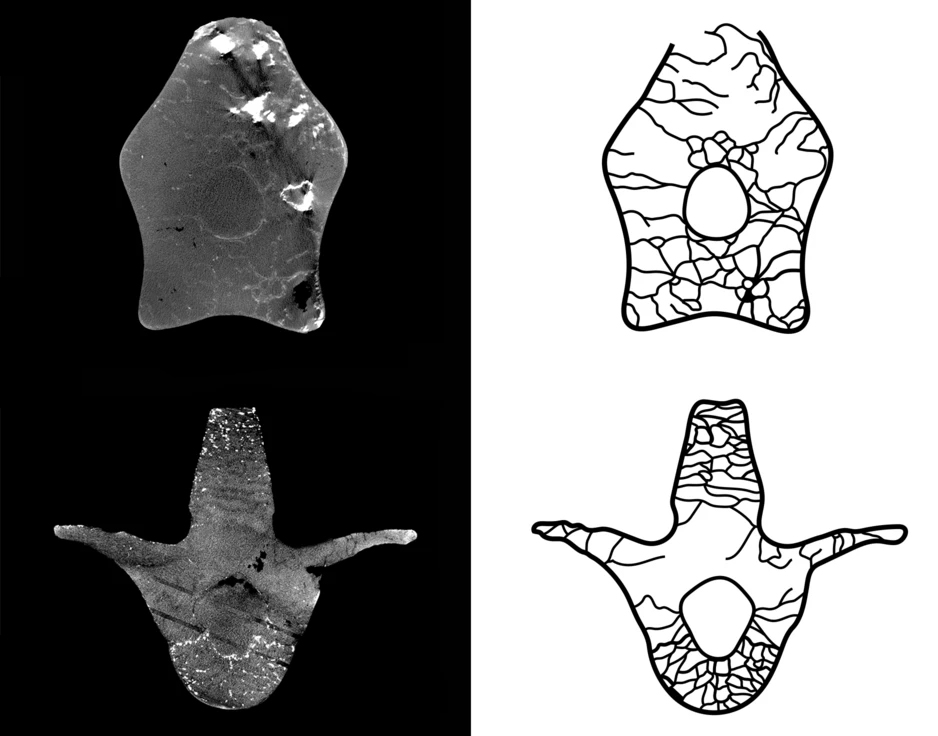 Detail of the internal architecture of some of the vertebrae analyzed by this new study.

The studied specimen corresponds to an exceptionally preserved specimen from the Araripe Basin (Northeast of Brazil). It is an anhanguerid pterosaur –the most recent lineage of toothed pterosaurs which reached sizes larger than those of any extant bird– of more than 110 million years old with a wingspan up to 15 feet. The specimen preserves part of the skull and postcranial skeleton, including most of the backbone, and all 3D-preserved. The pictures revealed an inner vertebral architecture supported by thin pillars of bone, which connect the wall of the canal where the spinal cord is located to the inner wall of the vertebral surface.

Such arrangement would have allowed air to circulate inside the air cavities of the bones. The research further shows that vertebrae of this pterosaur are generally more pneumatic (contain more air) than those of the large sauropods, an extinct lineage of dinosaurs known by their long necks with pneumatic vertebrae. The pneumaticity of this pterosaur would be similar (or even higher) to that of some extant birds of significant size, such as storks.

The pictures and their related analyses revealed that the vertebrae have a lower air proportion in their interior towards the body of the animal, that is, the vertebrae closest to the head were more pneumatic (unlike extant birds, in which the pneumatization occurs in the opposite direction). “The fact that the distribution of air cavities is not uniform within the vertebrae and between the different vertebrae, makes us think that pneumaticity is conditioned by flight biomechanics”, states Richard Buchmann, a PhD student at the Brazilian Universidade Federal do Espírito Santo (UFES), who is leading the research.

In addition, the high proportion of space filled by air is not the only discovery that payed the attention of the researchers. “We have observed that the volume of air space in the inner bone varies in the different parts of the same vertebra, since the regions near the joints have a higher proportion of bone tissue. This pattern is repeated in all the vertebrae studied”, notes Borja Holgado, a paleontologist from the Institut Català de Paleontologia Miquel Crusafont (ICP) who participated in the study.

Interpretation of the breathing system of the pterosaur Anhanguera following the proposal by Claessens et al. (2009)

As anhanguerid pterosaurs had relatively long skulls and necks, the internal architecture of the vertebrae would have allowed them a high level of resistance and elasticity, given the expected mobility for their necks. According to Professor Taissa Rodrigues (UFES): "the results of this study could be useful to innovative works that seek to create biomimetic mechanical structures, that is, inspired by the features that exist in nature."

More in this category: « The bizarre lizard once thought to be a bird The slow pace of life of the Sicilian dwarf elephant »
back to top