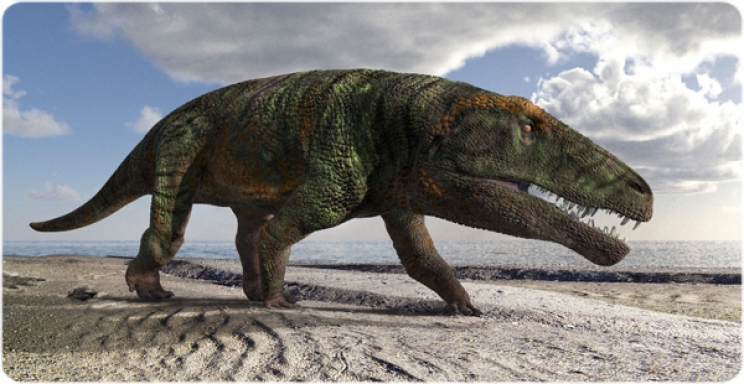 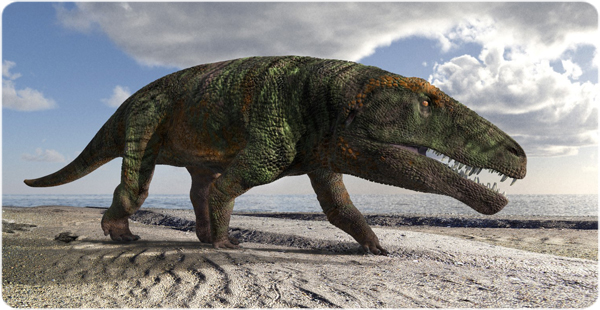 An international team including researchers from the Institut Català de Paleontologia Miquel Crusafont (ICP) describes a new type  of footprints for science in the Alta Val Maira (western Alps, Italy). The tracks were made by a large reptile that lived in this area about 250 million years ago, when the Alps had not yet formed and probably was a coastal area with a nearby river delta. The find is exceptional because until now it was considered to be an inhospitable area as a consequence of the Permian-Triassic mass extinction.

Permian began about 300 million years ago (Ma) and ended about 252 Ma, being followed by the Triassic. These two periods were of crucial importance for the history of life, since its limit is defined by the most devastating mass extinction on Earth. A massive volcanic activity caused a rapid global warming with acid rain and anoxia in marine ecosystems causing the vanishng of more than 90% of the living species. In lower latitudes of the planet, the temperature was considered to have been too high for the survival of vertebrate animals in terrestrial ecosystems.

It must be borne in mind that, during the Triassic, the configuration of the land masses was very different than today's and the area where the Alps are located was much further south, close to the Earth's equator. In this area the temperatures would have been especially high and it was believed that was quite inhospitable. The finding of fossilized footprints (ichnites) of a large reptile in the current western Alps of 250 million years ago (shortly after this great extinction, in geological terms) dismisses this hypothesis. 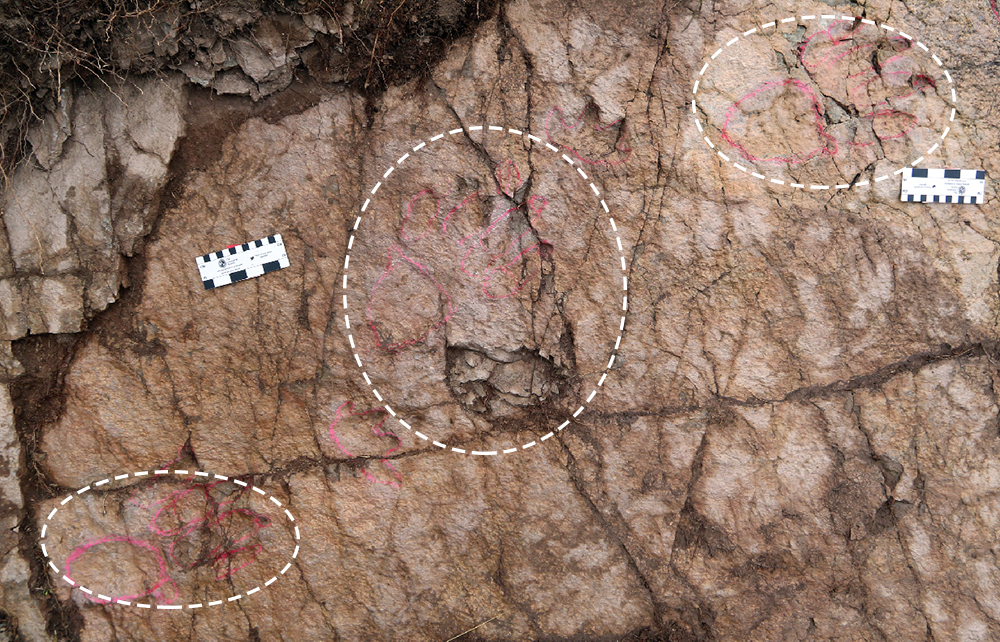 The ichnites are about 12 inches long and remarkably well preserved. The type of ichnite is new to science and has been named Isochirotherium gardettensis. The name refers to the Gardetta plateau where it was found. It is associated with an archosaur, a group of reptiles ressembling today's crocodiles, but with longer legs and in a more upright position. Despite the fact that the current altitude of the Gardetta plateau (in the Upper Val Maria, near the border between Italy and France) is 2,200 meters, during the Triassic it was probably a coastal area, close to a river delta. The soft sediment in this area would have facilitated the formation of the footprint that fossilized later. According to the size of the ichnites, researchers estimate that the animal was around 4 meters long.

The finding has been recently published in PeerJ by an international research team from the universities of Turin, the Sapienza in Rome, Genoa and Zurich, and the MUSE Museo delle Science, in Trento, and has been coordinated by Massimo Delfino, research associate at the Institut Català de Paleontologia Miquel Crusafont (ICP).

More in this category: « The inner ear hides clues on human evolution New macaque fossil remains from Morocco »
back to top