Miquel Crusafont Pairó, born in Sabadell, Catalonia (Spain), on 3 October, 1910, has been one of the more internationally recognized Catalan contemporary scientists.

For almost forty years, since 1931, he dedicated his entire life to paleontology, and in 1969 he founded the Provincial Institute of Paleontology, where he worked until his death, in 1983. 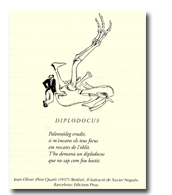 At the age of sixteen, Crusafont discovered with his friend Ramon Arquer, the site of Can Llobateres, in Sabadell, which has produced fossils like Dryopithecus, a nine million year old primate.

Before the age of twenty, Crusafont already had the restlessness of a paleontologist and did his first studies on a collection of fossils of the Sabadell Hiking Centre.

In 1931 Crusafont took part in the foundation of the Museum of Sabadell and two years later he obtained a degree in Pharmacy. In 1935 Crusafont married another pharmacist, Julieta Sabaté.

During this time, the future scientist corresponded in sporadic activities in the 'Diari de Sabadell' with Francesc Trabal and Joan Oliver, two of the most important Catalan writers of the 20th century. 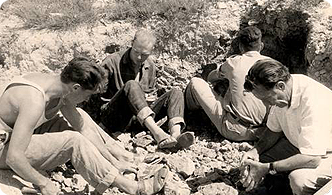 At the end of the Spanish civil war, Crusafont was named assistant director of the Museum of Sabadell, and did the first significant paleontological works, along with Joan Andrés, Jaume Truyols and Josep Fernandez Villalta.

Between 1940 and 1945, he and his collaborators dedicated themselves to excavating the paleontological sites of the Vallès-Penedès river basin, and outside Catalonia in Aragon and Madrid among other places.

In the later years of the decade, Crusafont traveled to France and Switzerland to make contacts with other paleontologists. In 1948 he received a degree in Natural Sciences from the University of Madrid and participated in the XIII International Congress of Zoology of Paris and in the XVIII International Congress of Geology of London. Two years later Crusafont obtained a PhD with the thesis; 'Girafid fossils of Spain'.

During the decade of the nineteen-fifties, the work of Crusafont gained importance, thanks to the 'International courses in Paleontology of Sabadell' which were undertaken every two years, from 1952 to 1958.

Thanks to the effort of the scientist and his collaborators, but also to the economic effort of the citizens of Sabadell, the Museum could welcome outstanding figures of international paleontology like professors Jean Piveteau, Piero Leonardi, Johannes Hürzeler, Jean Viret, Bermudo Meléndez and Heinz Tobien, among others.

In this period, Crusafont also took the opportunity to make the paleontology of Catalonia known and traveled all through Europe to give lectures.

At the end of the decade, Crusafont, together with his collaborators, Jaume Truyols and Jose Fernandez de Villalta, (who were known as 'the group of Sabadell'), had published almost two hundred works related to paleontology. 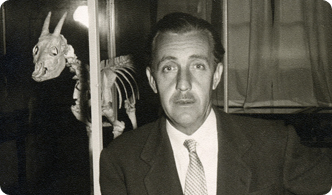 During the second half of the sixties, Crusafont took part in paleontological expeditions in Tunisia and Morocco, sponsored by the Smithsonian Institution of the United States.

In 1967, Crusafont was named member of the Real Academy of Sciences and Arts of Barcelona. Meanwhile, the paleontology section of the Museum of Sabadell was growing; the creation of the Institute of Paleontology became an increasing necessity.

The Provincial Institute of Paleontology 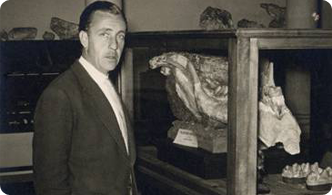 Crusafont, with the help of the mayor of Sabadell, Josep M. Marcet, and thanks to the collaboration of the Diputació of Barcelona and Caixa d' Estalvis de Sabadell, who donated the 450 m2 where the Institut is located today, made the construction of the centre, projected by architects Baldrich, Pallars and Lladó.

The official inauguration of the Provincial Institute of Paleontology was celebrated the October 30, 1969. That day was, as Crusafont recognized, one of the most important days of his life. 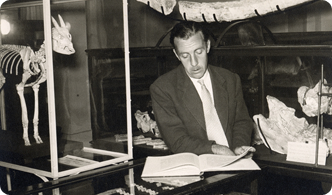 In 1973, Crusafont had to reduce his activity due to a serious illness. His work until his death, on August 16, 1983, was to direct and to form a select team of researchers. Included among them were Josep Vicenç Santafé, Pere Arís and M. Lourdes Casanovas. Since then, the number of researchers, conservators and restorers of the Institute have not stopped growing.

More in this category: « Qui era en Miquel Crusafont Catalan Federation of Speleology »
back to top