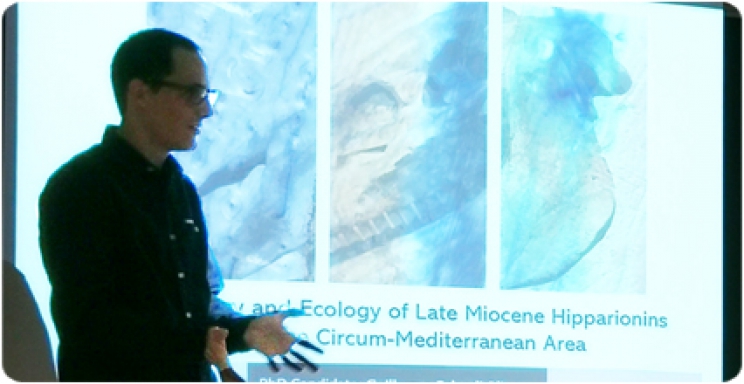 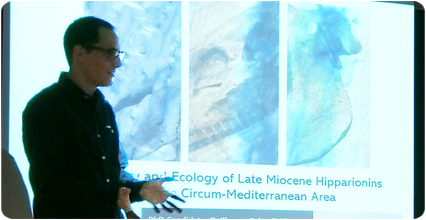 Guillem Orlandi, researcher at the Evolutionary Paleobiology group of the Institut Català de Paleontologia Miquel Crusafont (ICP), achieved an excelent for his doctoral dissertation to get his doctorate in biology from the Universitat Autònoma de Barcelona. Orlandi has focused his work on the life history of the hipparionins, a group of tridactyl equids highly diversified during the Miocene.

In the doctoral thesis defended today, Guillem Orlandi, analyzes these parameters in the hipparionins, a group of tridactyl equids greately diversified in the circummediterranean area during the Miocene in order is to elucidate the ecological conditions and mechanisms that accompanied dwarfing in western and eastern Mediterranean hipparionins. He concludes that, in the western hipparionins, dwarfing was led by lower resource availability, while in the Eastern ones its size decrease was triggered by higher depredation.

The doctoral thesis, entitled "Life history and ecology of late Miocene hipparionins from the circum-Mediterranean area" has been directed by Meike Köhler, head of the research group in Evolutionary Paleobiology at ICP. The comittee awarded him with the highest possible score: excellent.

More in this category: « Strange new species of duck-billed dinosaur identified Mimodactylus, a new pterosaur from the former Afro-Arabian continent »
back to top