When flying squirrels glided in Sabadell 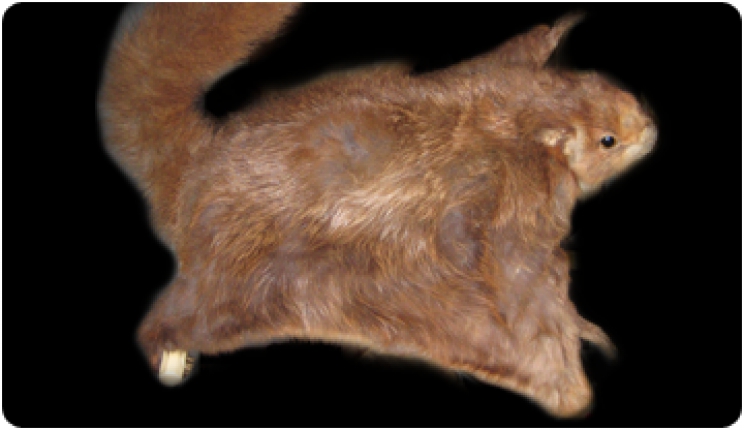 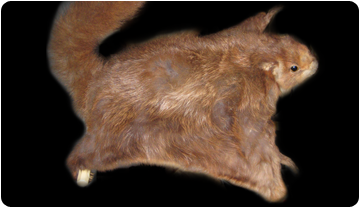 Five species of flying squirrels that coexisted in the Vallès-Penedès basin during the Miocene, about 9.7 million years ago, have been described in the site known as Can Llobateres (in Sabadell, Catalonia). The finding, headed by Isaac Casanovas, researcher at the Institut Català de Paleontologia Miquel Crusafont , has been published in an special issue devoted to the Dutch paleontologist Albert J. Van der Meulen in the scientific journal Palaeobiodiversity and Palaeoenvironments.

Between 23 and 5.3 million years ago, during the Miocene, the diversity of squirrels in Europe was extraordinary; ground squirrels, arboreal and, above all, flying ones. However, at present, there are only two types of squirrels in Catalonia: the red squirrel and the marmots, introduced in the Pyrenees in 1948. In Europe, there is only one flying squirrel species, which lives in the cold taiga forests from Finland to Siberia. On the other hand, flying squirrels are very abundant and diverse in the tropical forests of Southeast Asia, where up to six different species coexist in the same forest.

In an article published this September in the journal Palaeobiodiversity and Palaeoenvironments, Isaac Casanovas, researcher at the Neogene and Quaternary faunas group of the Institut Català de Paleontologia Miquel Crusafont (ICP), describes five species of flying squirrels in the site of Can Llobateres (Sabadell, Catalonia) during the Miocene, about 9.7 million years ago. By contrast, at the same time there are not almost flying squirrels elsewhere in the Iberian Peninsula and, when present, only a few specimens are found.

The investigation identified two species of Miopetaurista (neogrivensis M. and M. crusafonti), which was as big or bigger than the current giant flying squirrel, and several smaller species of the genera Albanensia, Pliopetaurista and Blackia. Among these, Blackia would be one of the smaller known squirrels, and probably did not exceed 20 centimetres long. The remains mainly come from the historical collections of this deposit but new material has also been included in the research recovered from recent excavations in this site, one of the most important in the Vallès-Penedès basin that has provided some exceptional fossils, such as remains of the hominoid Hispanopithecus laietanus. 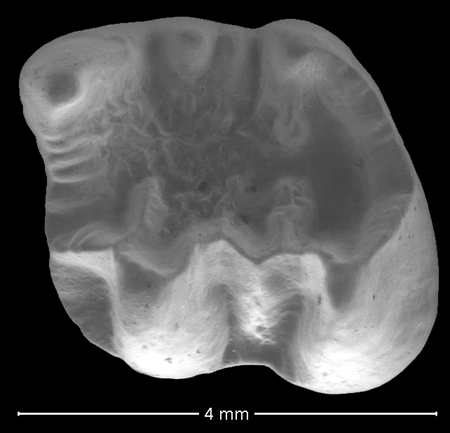 Electron microscope photograph of a lower molar of Miopetaurista crusafonti,
a giant flying squirrel of Can Llobateres. (Isaac Casanovas).

The global decrease of temperatures during the late Miocene made ​​these forests disappear gradually and, with them, all the animals that failed to adapt to these changes.

Van der Meulen, a pioneer of the fossil mammals of the Iberian Peninsula 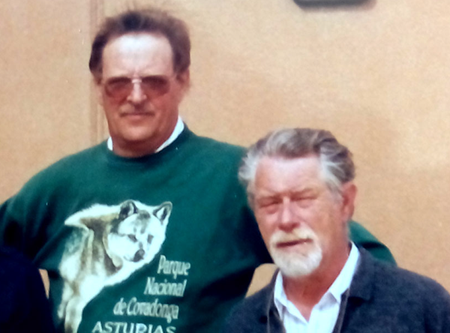 The article on flying squirrels is included in a special issue of the magazine dedicated to Albert Van der Meulen, a recently retired Dutch paleontologist, who had great esteem for flying squirrels. He is one of the leading European specialists in fossil rodents and paleoecology of the recent decades and one of the first paleontologists to study the record of fossil mammals in the Iberian Peninsula using complex statistical methods. The results of this study, in particular, showed that the number of species of rodents varied according to climate change representing one of his most important works.

Born in 1940 in Indonesia when it was still a Dutch colony, he spent part of his childhood in a prison camp when the Japanese occupied the country during the Second World War. Two days after Japan surrendered in 1945, Indonesia declared its independence and he and his family moved to Holland, where he studied his doctorate in Geology and Paleontology at the University of Utrecht in 1970.

- The extinction of Hispanopithecus: just a matter of plants?

More in this category: « The ecologist Robert Ricklefs awarded with the Ramon Margalef Ecology Prize Pliobates cataloniae, a new primate species at the root of the tree of extant hominoids »
back to top