The long reign of "Terror-shrew" 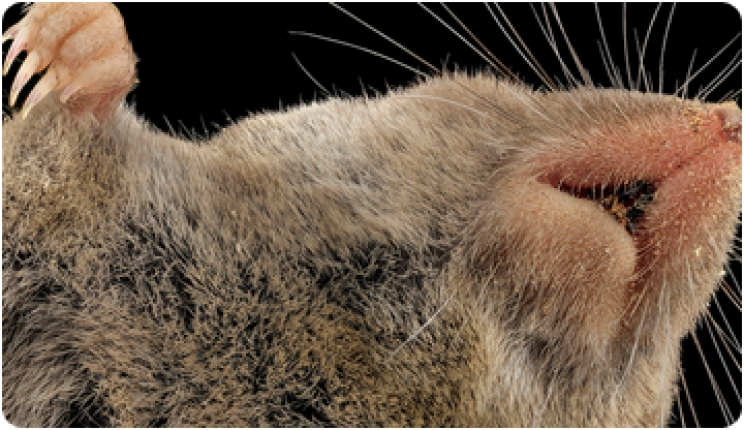 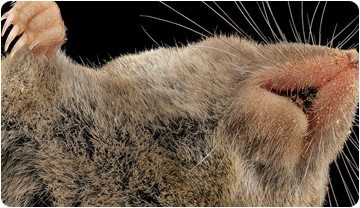 ICP researcher Marc Furió publishes in the journal Comptes Rendus Palevol an article analyzing the remains ofDinosorex found in the Vallès-Penedès basin. This genus belonging to the order Insectivora is popularly known as the "Terror-shrew" because of its body size and huge incisors. The study reveals that Dinosorex lived in this area for more than 3 million years without showing significant morphological changes. Its extinction is related to a climate change that took place 9.6 million years ago.

The "Terror-shrew" is named due to a lax translation of its scientific name: Dinosorex, where "deinos" means "terribly big" and "sorex" means "shrew". However, the lethal appearance of the incisors, much bigger than in other species of shrews, and its large body size, eventually consolidated this name although there is no scientific evidence that it was a particularly frightening or aggressive shrew. Dinosorex is an extinct genus, described in 1972, considered to have originated in Anatolia (eastern Turkey) in early Miocene, about 23 million years ago. 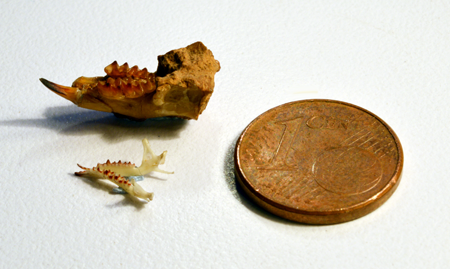 Dinosorex jaw (above) besides a jaw of extant shrew (ICP)

In an article published in the journal Comptes Rendus Palevol, the researcher Marc Furió, from the Institut Català de Paleontologia Miquel Crusafont (ICP), along with researchers from France and the Netherlands, discuss in detail the remains found in the Iberian Peninsula of this genus. The study determines that the species found in several Miocene sites of the Vallès-Penedès basin is Dinosorex grycivensis. It’s the first record of this species in southwestern Europesince until now this species had only been cited in deposits in Ukraine, Poland and Moldova.

Although the fossil record of insectivora (the order comprising shrews, moles and hedgehogs) is scarce in the Iberian Peninsula, the Vallès-Penedès basin represents a notable exception to this situation and, in the case of Dinosorex,almost five hundred pieces of this genus have recovered spread over 40 sites in this area, ranging from the site of Can Llobateres (Sabadell) to Can Mata (Hostalets de Pierola) including the site of Castell de Barbera, among others. As often happens with small mammals in the fossil record, most of recovered remains are teeth. 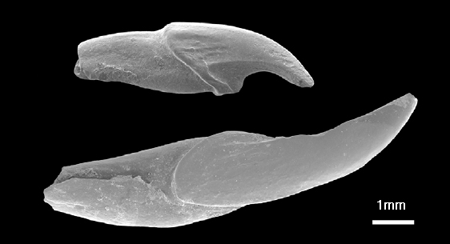 The analysis of these teeth reveals that D. grycivensis lived in several areas of the Vallès-Penedès for about 3 million years and that, surprisingly, did not experience significant size nor morphological changes during this time. This fact is quite exceptional among mammals, since they tend to have high rates of mutation and is frequent to find new species replacing old species in relatively short periods of time in the fossil record. This feature makes them very useful to date paleontological sites.

A climate change led the "Terror-shrew" to extinction

Although this species remained unchanged for a long period of time, its final could have been quite abrupt. The last records of "Terror-shrew" in the Vallès-Penedès basin occur at about 9.6 million years ago, coinciding with a major change in wildlife known as the "Vallesian Crisis". This crisis led to extinction several species of mammals that had been representative of the Miocene subtropical forest environments. Though hominids may be the most famous victims, the Vallesian crisis also involved the extinction of many other species of small mammals, such as flying squirrels and dormice and other insectivores.

It is possible that climate changes that occurred during the Miocene boosted a gradual change, where large forested areas were replaced by dry, open forests and grasslands, provoking changes in fauna. The highly adapted cycle ofDinosorex to subtropical forests would have led to its extinction. While the high ecological specificity of “Terror-shrew” could have ended with it, for paleontologists it’s a very good candidate to monitor environmental changes of the past.

Paleontologists still debate about the causes of this phenomenon and its scope. Some believe it was an abrupt extinction that affected the whole continent while others believe that it was restricted to the Iberian Peninsula. Anyway, about 9 million years ago, many of the mammals living in the the Miocene forests disappeared and a large number of new species, such as giraffes and antelopes, adapted to the new ecosystem, resembling the current African savannah.

More in this category: « How the world's largest salamander feed? 3D technology at the service of ecology ¿Hand or brain? Debate on the manual skills of Australopithecus »
back to top